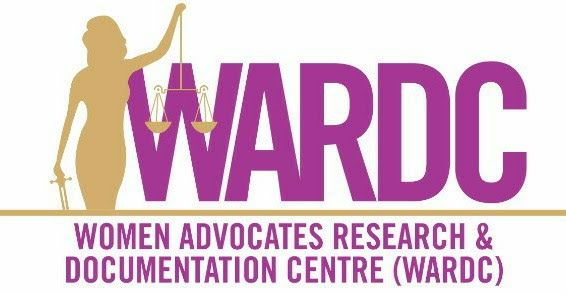 A non governmental organisation, Women Advocates’ Research And Documentation Center (WARDC) has released a survey it commissioned which reveals that women were majorly sidelined by the Federal Government and many states across the country in decision making and distribution of COVID-19 palliatives.

The ‘National Rapid Gender Assessment Report on Accountability in Government spendings and palliative distribution during COVID-19’ commissioned by WARDC was presented during a webinar at the 11th edition of Civil Society Organisation (CSO) briefing. The purpose of the study was to identify the differential impact of COVID-19 on women, girls and boys and other vulnerable groups.

It also sought to document the experience of women and girls before and during COVID-19 in relation to roles, responsibilities, decision making and access to socio economic services and palliatives.

It was also undertaken to explore the current and potential gendered dimensions of COVID-19 and highlights the ways which women, girls and other marginalised people are likely to suffer from the pandemic. The lead researcher was Prof. K.O Olayode, a lecturer at Obafemi Awolowo University, Ile-Ife. A total number of 5,813 respondents were sampled across nine states including the Federal Capital Territory (FCT)  and questionnaires were distributed to women in randomly selected households across the selected states. Three local governments were selected from the three Senatorial Districts of each state and they were selected on the basis of urban, semi urban and rural socio-economic categorisation.