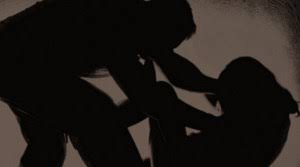 Gender activist, Prof Patricia Donli has described as disturbing the prevalence of gender-based violence such as sexual abuse and rape in most tertiary institutions as well as the internally displaced persons (IDPs) camps. Prof Donli disclosed this at one-day training support for lecturers and administrators on Leadership and Protection of Female Students Against Gender-Based Violence(GBV) in tertiary institutions in Borno state organised by Women Advocates Research and Documentation Centre(WARDC) held in Maiduguri.

Donli noted that in some of the tertiary institutions involved, lecturers sexually exploit students, students abuse themselves and the non-teaching staff embarks on violation of students under the watchful eyes of the various school administrations. She urged the media to scale up reportage of gender-based violence and as well urged victims of sexual violence to cry out whenever they are abused so that the authorities would prosecute the culprits. She said:”

Sex for marks, rape and all forms of sexual abuse is everywhere in our tertiary institutions. It is under-reported, maybe because of the stigma that is attached to it. Maybe the feeling that even if it is reported, nothing comes out of it. “It is happening everywhere. Lecturers are sexually exploiting and abusing students, students are abusing themselves with non-teaching Staff also violating students.