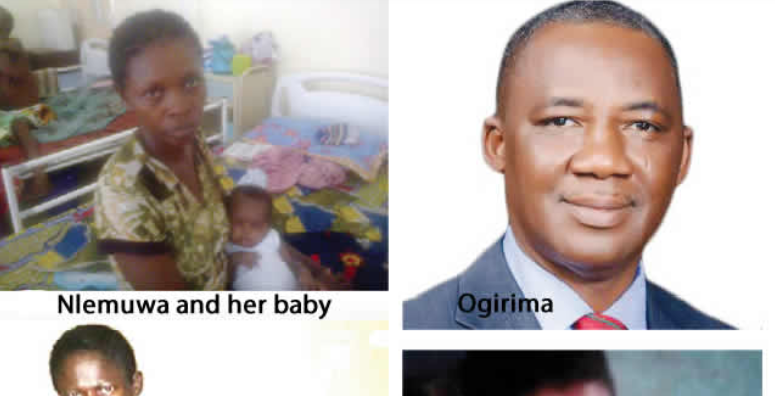 From labour room to ‘detention centre’: Tales of new mums held by hospitals over unpaid bills

Sweeping the floor of the female ward at the Imo Specialist Hospital, Umuguma, Owerri, the Imo State capital, Mrs. Chinyere Nlemuwa cut the picture of a cleaner in the hospital. But she is not.

Nlemuwa gave birth to a baby boy at the hospital on December 10 last year amid joy. But the joy soon vanished when her husband, a bricklayer, struggling to make ends meet, disappeared shortly after she was delivered of the baby. That marked the genesis of her trouble.

She kept hoping to see her husband but the man did not show up. Five days after she gave birth, doctors at the hospital declared her fit to be discharged. She was excited to finally leave the hospital and go home when the nurses confronted her with the question, “Have you paid your bills?” This poser instantly turned to a source of worry for her.

Because she could not offset her medical bills, the hospital “detained” her until the money was paid. Nlemuwa claimed her bill was N25, 000. She has been finding it hard to cope with the reality of staying at the hospital pending the payment of her debt.

Nlemuwa lived with her husband in a one-room apartment in an uncompleted building in the Owerri suburb. Her new child is her fifth. The other children are in the care of her relatives.

“The nurses said if I don’t pay, they won’t release me to go home. My husband is nowhere to be found.  Before I came to the hospital, his behaviour changed. He used to come in every day to check on me but after he heard I gave birth, he stopped coming.

“I used to call him on his mobile and he would tell me that he would be back. Then, in a week, he came in twice and when I asked him where he had been, he said he was negotiating what to do. But now, I don’t know where he is,” Nlemuwa, who could not contain her sadness as she told her story, said.

Clad in a striped shirt whose colour had known better days, she cradled her sleeping baby in her arms. Her weary face advertised her disillusionment. It is the third month after her child’s delivery but Nlemuwa, a trader, is not finding it easy. It appears she may remain in the hospital for long because her relatives have long deserted her. When she would leave the hospital is sadly uncertain.

While she prays for a miracle to happen, Nlemuwa told SUNDAY PUNCH that she had been informally engaged in the hospital by cleaning the premises and doing other menial jobs, pending the payment of the money she owed.

“The nurses said if I don’t pay, they won’t release me to go home. I divide my time breastfeeding the baby, nursing him and cleaning the hospital. This is not what I want to do. I am a trader and would like to go back to my trade,” she told our SUNDAY PUNCH.

When our correspondent asked her how she feeds herself and her baby in the hospital, she said, “I take any food given to me by the nurses or other patients. I am calling for help from the public and other individuals so that I can leave this place. When I leave, another big concern is what the baby will be eating. I am also praying that God will touch my husband’s heart for him to return.”